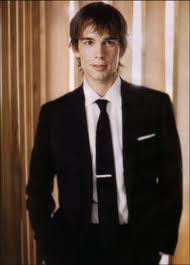 Jake Foley is a computer technician for the NSA who secretly longs for a chance to work on the field. Circumstance puts him in a top secret laboratory, in the middle of a shootout between security guards and a saboteur. During the battle, a vial containing an experimental serum explodes, covering Jake with shrapnel. But it turns out that the serum is actually nanomites, microscopic submachines that heal his injuries and alter his body. Upon discovering his new mind-boggling powers, Jake begins