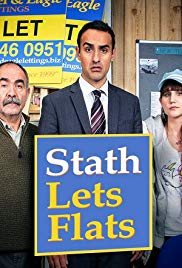 'STATH LETS FLATS' is a brand new 6x30min sitcom for E4, written by and starring one of the UK's leading young character comedians, JAMIE DEMETRIOU (Fleabag, Paddington) - described by the Independent as 'a Steve Coogan in the making.' Main character Stath is a chaotic but well-meaning lettings agent, working for his Greek-Cypriot father in North London. Across the series, Stath tries to prove himself a worthy heir to the family business, 'Michael and Eagle', despite his epic incompetence and