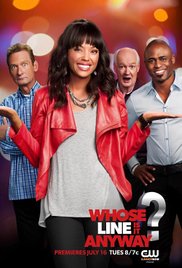 A British show in which actors and comedians improvise sketches in various "theatre-sports"-type games, based on audience suggestions. The games might include singing a Hoedown about Tory Politicians, acting out a soap opera as hamsters, becoming bizarre super-heroes, or making up a musical about the life of an audience member.