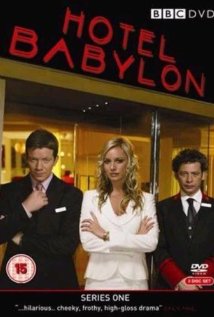 This British drama show from the BBC was launched in 2006. It takes us behind the the scenes of a luxurious five-star London hotel, where manager Rebecca Mitchell leads a team whose job is to give a superlative service. What we see is a series of dramas centering on the problems of the rich and the famous, with the hotel's staff always on hand to help - and keen to make a little extra money. The eight episodes of the first series are based on the book Hotel Babylon by Imogen Edwards-Jones and An